*Note: Normalised values are reflected (stripping out the effect of the separation from Barclays PLC)

Absa Group Ltd., one of Africa’s largest financial services providers, reported an increase in interim earnings and resumed dividend payments as the economic effects of the pandemic eased in the first half of 2021 compared with the same period a year earlier.

Group headline earnings grew five-fold to R8.6 billion, which is higher than pre-pandemic levels, supported by resilient pre-provision profit growth and a significant decline in impairments. While earnings increased strongly, the improvement is off a low base a year earlier. Absa generates most of its income from its operations in South Africa.

“These results are testimony to the decisions that we took during the crisis around supporting our customers and taking a cautious approach to preserving capital and liquidity,” said Jason Quinn, Absa Interim Group Chief Executive.

The Group further strengthened its capital reserves during the period and maintained a strong liquidity position in the first half.

The recovery was broad-based as all business units reported strong growth from a low base in the prior year.

Retail and Business Banking (RBB), which generates most of the Group’s income, grew headline earnings eight-fold to R4.2 billion. The benefit of a lower impairment charge was partially eroded by a 15% decline in pre-provision profit, given high claims and reserving in the life insurance business and customer-centric fee reductions. RBB has invested heavily in digital and has made considerable progress in this area, including launching Apple Pay recently.

Corporate and Investment Banking (CIB)’s headline earnings more than doubled to R4 billion, driven by solid growth across the franchise, most notably in the Global Markets business and the Investment Bank. This helped to offset low credit appetite from corporate clients.

The Group refined its operating model after an internal and external review found that the Group structure was sub-optimal relative to its growth ambitions and the scale of the opportunity across the continent. The major reporting units, RBB and CIB, will be accountable for their product lines across the continent, complemented by a strong, focused and lean ARO central capability and fully enabled country leadership teams.

Absa continued to play a role in society this year, building on last year’s substantial efforts to support customers, staff, communities and stakeholders in difficult times.

“Absa’s response to the pandemic and more recent incidents in South Africa has continued to be comprehensive, compassionate and reflective of the best of Absa’s values,” said Quinn.

Absa announced R500 million of pricing relief for customers in South Africa in February and reinstated its Siyasizana payment relief programme in August to assist retail customers (individuals) with existing credit facilities after they were impacted by unrest and looting in July. Absa extended tailored credit solutions to business banking customers and made donations totalling R12.5 million to assist with immediate needs such as food relief and infrastructure restoration in affected areas.

Absa made significant progress in a number of key areas during the reporting period, including in sustainability. Absa published its first Task Force on Climate-related Financial Disclosures (TCFD) report in March and it was the first South African bank to announce sustainable finance targets. The Group aims to finance or arrange more than R100 billion for environment, social and governance-related projects by 2025.

Absa foresees a number of risks to the Group’s growth forecasts in the remainder of the year and recognizes that the impact of COVID-19 remains a significant uncertainty.

Absa currently expects the South African economy to grow 4% this year from last year’s 7% decline, a slightly improved outlook compared with the 3% growth forecast in March.

“We are now confident, in hindsight, and considering the improvements in our financial momentum, that most of the key strategic calls made in 2018 were good decisions, which have been delivering against and which and remain very relevant today,” said Quinn. “It’s also clear that much opportunity still remains and the management team has a strong sense of urgency around re-anchoring and refreshing our strategy against the latest market context and executing against our priorities including making further and deliberate progress on our culture journey.” 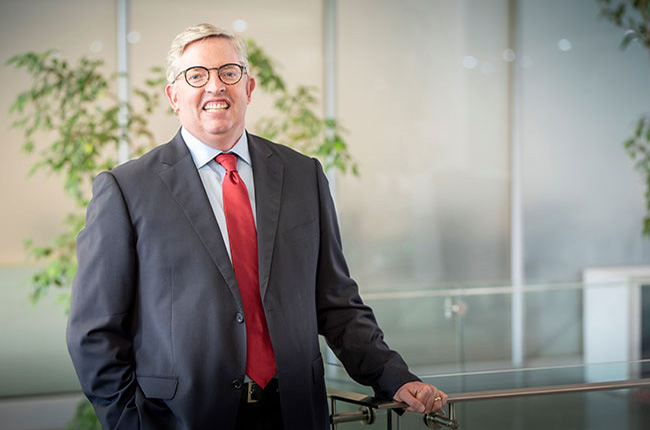 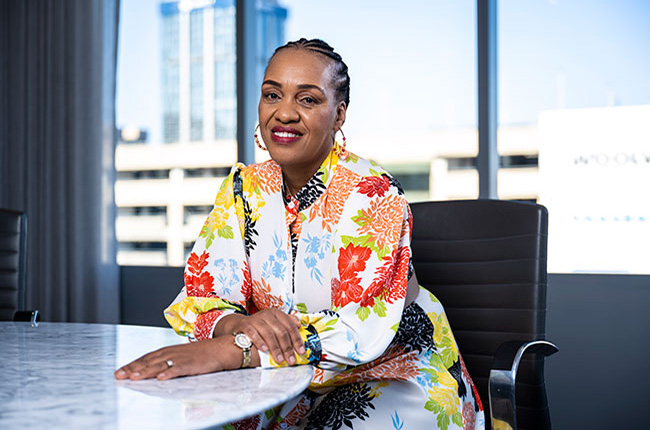