Let our expertise guide you

You know that beneath the layers of the African continent lies a hidden wealth of precious minerals that can bring growth and prosperity.

Working with you, we will go to the extraordinary lengths and without limits to find the answers for you. When you partner with the right people, there are no limits to what you can discover and achieve, together.

Johannesburg, 30 January 2018 - For the first time in more than a year, there is cautious optimism that investor confidence is returning to the mining sector, giving hope for renewed investment and exploration, says Shirley Webber, the Managing Principal, Coverage Head Natural Resources at Absa Corporate and Investment Banking (CIB).

She attributes this to a combination of recovering mineral output and commodity prices and that a more positive global economic outlook will benefit the mining sector.

Webber says this encouraging trend could continue in 2018 as mining companies consider making new investment, while others may seek funding to expand existing operations. Investor focus remains on South Africa and selected countries in sub-Saharan Africa, with miners interested in raising project finance for expansion. An important aspect is the stability of the regulatory framework in the various African countries.

She says the previous years was particularly tough for the mining industry as a result of depressed commodity prices and a reduction of demand in certain commodities.
However, she says there was a positive benefit to miners from the lull inactivity, as it allowed companies to restructure their business and operations, focusing particularly on their cost base in order to be efficient. Webber says a leaner and efficient mining business now stands to benefit from a recovery in the industry.

Tawanda Madondo an Absa CIB Coverage Banker added on to say clients are continuously considering cost efficiency strategies such as reducing their electricity costs through renewable technologies and looking to mechanise their operations. “We are beginning to see an improvement in dollar commodity prices, and we are cautiously optimistic that this trend will be maintained in the medium term,” he says. 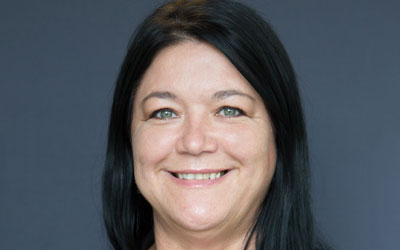 Johannesburg, 30 January 2018 –Absa Corporate and Investment Banking (CIB) is open for business for the right deals in the mining sector in South Africa and across the continent, says Theuns Ehlers, the Managing Principal, Head: Resource and Project Finance.

Ehlers says CIB is always ready to fund mining projects because it has the expertise to raise both expansion and project funding and assist clients to restructure their balance sheets. “Our expertise is in knowing the mining terrain, having in-depth industry knowledge and using our pan-African coverage and reach to help our clients. We are open for business for the right deals,” says Ehlers.

He says just like mining companies, CIB is “cautiously optimistic” about the sustained recovery of the mining sector, largely due to strengthening commodity prices.

“We are now more optimistic than we were a year ago and we are seeing commodity prices at levels we last saw more than 2 years ago. As a result, interest from investors in mining for expansion and developing new projects in South Africa and across Africa is rising,” Ehlers says. “This is good news for the mining sector, and of course for us at CIB, because we have the expertise and knowledge to assist clients raise funding,” he says.

Ehlers says the investment climate in many countries in Africa is becoming more attractive than in previous years as a result of the positive impact of ongoing reforms by governments to attract investors. But he says more can still be done to further ensure regulatory certainty for miners.
On the other hand, a well-functioning property ecosystem could enable the kind of orderly, planned and constructive growth that Africa’s property markets need. Such an ecosystem would also give funders the comfort that property investments made today will still be standing in 20 years’ time and that their loans will indeed be repaid.

“Investors always find comfort in regulatory certainty and clear rules. Regulatory certainty is therefore important for everyone, whether it is in South Africa or in Africa. We therefore trust and hope that this issue will continue to be addressed because that is the only way countries like South Africa and others in Africa can be attractive to mining investors,” says Ehlers. 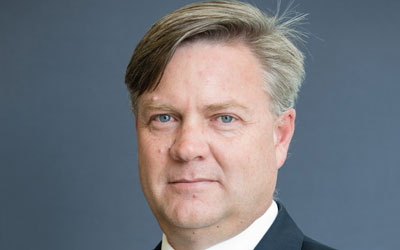 He says this has been worsened by political uncertainty, the two-year impasse on the Mining Charter which is currently under legal review, corruption headlines as well as credit downgrades. As a result, a perception has been created that there are increased risks of doing business in South Africa.

But this may be changing. The embattled mining industry is seen as the winner from the new leadership of the ANC. Initial views is that the new leadership will change the current confrontational relationship between Government and industry.

Brewer says this positive change is happening at a time when global miners are finding more attractive investment destinations in other countries in Africa, other than South Africa. There is clear investment globally in mining and South Africa faces tough competition for investment and needs to radically change the way it approaches investors and this new dawn may well be the catalyst.

In recent years, Brewer says South Africa has failed to attract significant direct foreign investment in mining due to slow economic growth, policy uncertainty and higher labour costs. In 2017, the country recorded FDI inflows of over a $1 billion less than the average annual inflows ten years ago.

“There is a clear need for a change in how South Africa markets itself as an investment destination facilitating inward investment. All players must engage to unlock the industry. Partnerships between mining companies, government and labour are key,” he says

Brewer says there also needs to be a refreshed approach to empowerment, a focus on retaining employment, and ensuring a fair distribution of the country’s resource wealth to all the people of South Africa, rectifying the legacy of apartheid.

“South Africa needs this investment having missed recent commodity upswings because of low investment. While mining is 8% of GDP on a direct basis, it can account for almost double that on an indirect basis and importantly, represents over 40% of exports which bring in needed foreign currency,” Brewer says.

With the correct strategy and a transparent mining regulatory platform, there will then be positive balance between investment into South Africa and those South African mining companies venturing offshore.

“We have seen South African mining groups going offshore very successfully – the recent poster child is Sibanye-Stillwater which has been bold in its offshore ambitions. Investors will look forward to the post-merger management in bedding down these Platinum Group Minerals (PGM) acquisitions including potentially Lonmin with the expected release of synergies and a more optimally structured western limb of the platinum belt,” Brewer says.

“Others mining companies are looking at investment closer to home and just across the border. With the positive political changes in Zimbabwe, its significant resources are again being looked at. Tharisa, the platinum and chrome mining company, has publically stated its intentions to look at Zimbabwe and has been meeting with the Zimbabwean Government,” he says. Pan Africa Resources is also looking at potentially new geographies including Zimbabwe and the DRC so the appetite for ongoing external M&A continues.

Brewer says he sees increased interest in lithium and cobalt. Brewer says technological innovations, such as the electric vehicle, will materially increase the demand for battery metals. This could benefit countries such as Zimbabwe which has one of the larger deposits of lithium a key battery component, as well as the Democratic Republic of Congo, which has huge untapped cobalt reserves. This interest in lithium is such that there are now traded ETF’s focused just on lithium exposure.

Increased demand for energy will also benefit uranium producing countries, while interest in gold, will continue to be influenced by the movement of the US dollar, says Brewer. “The US dollar is a major factor with its inverse value relationship with gold, but a potential rate cycle increases in the US may negate much of the recent positive gold momentum” he says.

“Down side risk in commodities is always present” Brewer cautions, in that possible slower than anticipated demand from China or an easing of production restrictions on China’s heavy industries will lower commodity demand from China will negatively affect iron ore prices and potentially lead, nickel and zinc, which in turn directly affects the Africa mining economy,” he says.

Commodities and mining will never remain constant and there will always be challenges and substantial opportunities. In South Africa, this has never been truer. “With the current change in sentiment, South Africa could once again be one of the leading commodity based countries in Africa,” Brewer says. 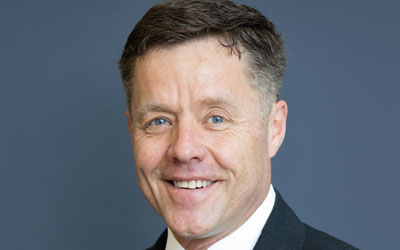